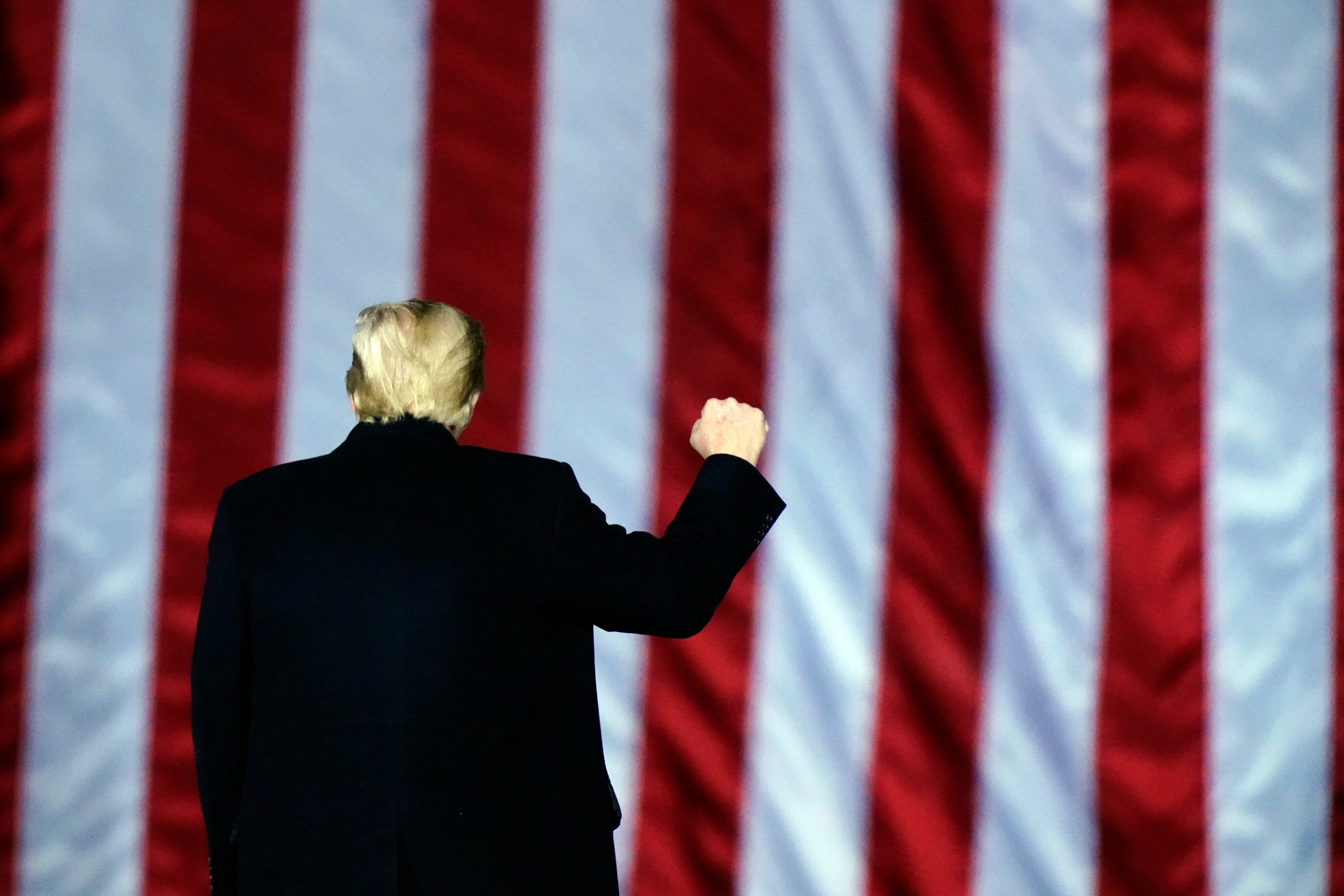 A 28-year-old Michigan native was napping on Sunday when they were suddenly awakened by a barrage of rings, pings and buzzes coming from their cellphone.

“I was scared,” said O Rose, who uses they/them pronouns and asked to withhold their full first name for safety reasons. “I thought I got doxed.”

In a way, Rose was doxed – but not purposefully. The source was the Trump campaign, which shared their number with 4.6 million followers on Twitter and Facebook.

Not only did the post, which President Donald Trump also reshared to more than 35 million followers on his own Facebook page, falsely identify Mr Chatfield as the current speaker, it also gave the wrong number for the former lawmaker.

Instead, that number belongs to Rose.

Since midday on Sunday, Rose, a Petoskey, Michigan native whose story was first reported by the Petoskey News-Review, said they have received thousands of angry and threatening calls and text messages from people all over the country.

“My phone can’t even take it anymore – it’s breaking,” Rose, who now lives in California, said in an interview with The Washington Post. “I was getting so many calls it was impossible to do anything with my phone.”

It took Rose some time to figure out why their phone was blowing up. It wasn’t until a friend of their father’s texted them – thinking it was the former state representative – that Rose realised they were now involved in a mix-up.

Rose began answering many of the phone calls, initially hoping to clear up the confusion. But many of the callers were hostile and confused, Rose said. Angry Trump supporters accused Rose of lying about not having any association with Mr Chatfield. Other callers were frustrated that their messages were going unanswered, assuming that Mr Chatfield was avoiding their calls.

Giving up on the hopes of convincing people that the number does not belong to the Michigan Republican, Rose changed tactics to try to educate the confused callers about what to trust on the Internet.

“I want these people to realise that they can’t just find something on Facebook and call a number they found,” Rose said. “They need to do research.”

Rose has employed a different, more amusing, tactic over text.

“I’ve been trolling them,” Rose said.

Rose has responded with witty memes, pictures of fluffy rodents and a recipe for pumpkin pie, according to screenshots of the messages reviewed by The Post.

Rose said they hoped the witty remark would be an obvious signal that the number did not, in fact, belong to a former Michigan House speaker.

“For some reason, even though I send them some ridiculous things, they still think I’m Lee [Chatfield] and they still keep trying to tell me what they want and they say, ‘I’m sending this to the president!’” Rose said.

Rose said the president’s campaign should have taken the time to double check the numbers before posting them online.

“I’m being personally affected by a decision that [Trump] made without fact-checking, and that’s the silliest thing I’ve ever heard,” Rose said.

The Trump campaign did not immediately respond to a request for comment. Mr Chatfield also didn’t respond to a message early on Tuesday.

As of early Tuesday, the tweet and Facebook post are still online with the wrong number. Rose said they have tried repeatedly to get in touch with Trump’s campaign to get the posts taken down and have asked friends to reach out as well.

Rose plans to change their phone number on Tuesday. The whole experience has been draining for the 28-year-old, who is disabled. “It’s hard for me to do anything in the first place,” Rose said.

The stress of the overwhelming deluge of unsolicited correspondences has felt utterly ridiculous, the Michigan native added.

“This is the dumbest thing that has happened to me, personally,” Rose said. “I hate it.”