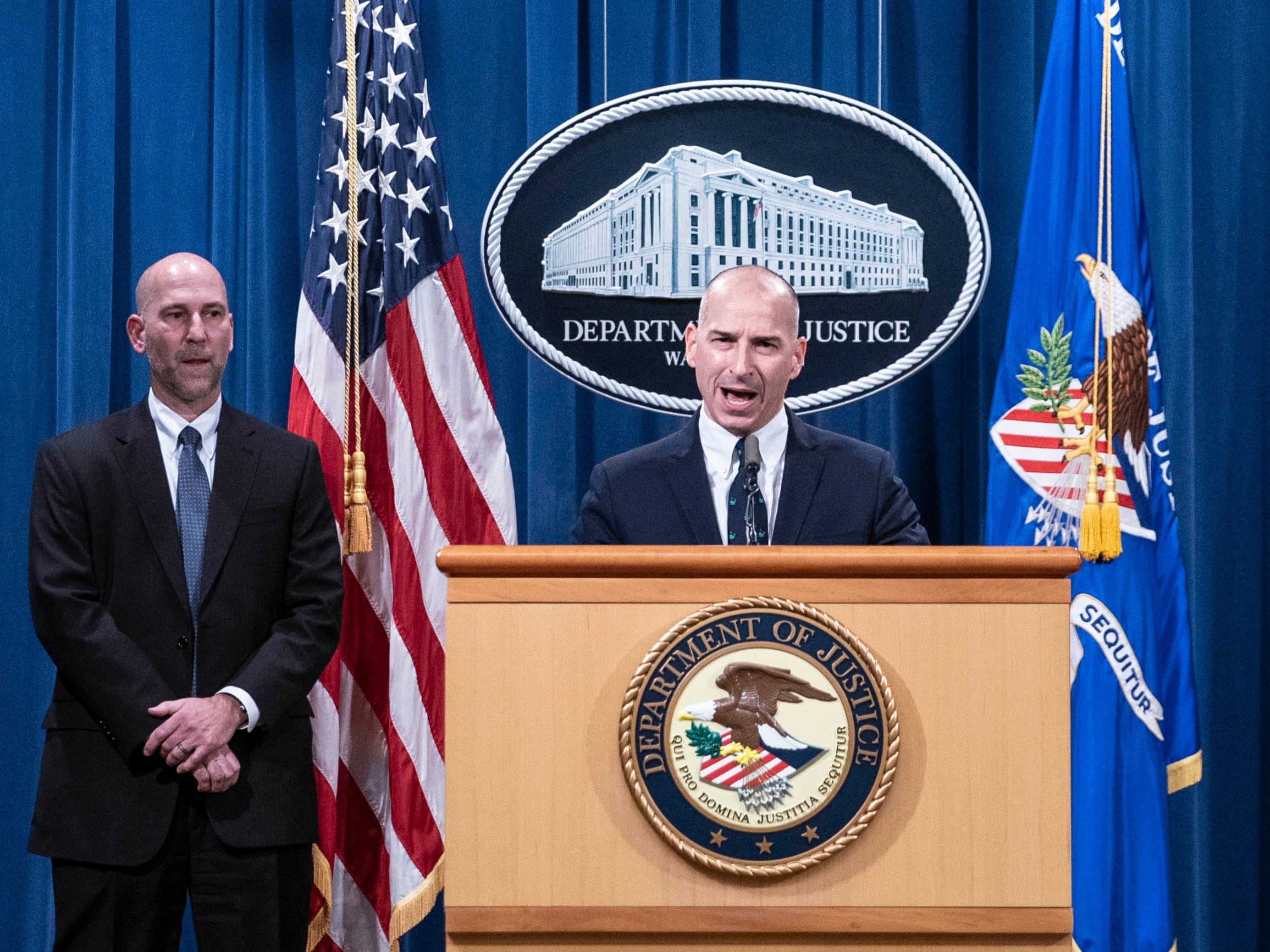 The Justice Department is looking into “significant felony cases tied to sedition and conspiracy” relating to the assault on the Capitol by pro-Trump rioters.

Such charges could lead to prison sentences of up to 20 years.

Steven D’Antuono, assistant director in charge of the FBI‘s Washington DC office, and Michael Sherwin, US Attorney for District of Columbia, said at a press conference that they have received more than 100,000 piece of digital evidence from the public.

More than 160 case files have been opened and 70 people have been charged to date. Mr D’Antuono described this as the “tip of the iceberg” and said that he expects the number of investigations and charges to go into the hundreds.

Tuesday’s press conference was the first the public has heard from either organisation in the six days since the attack.

As more information is released about the attack, Mr Sherwin said that “people will be shocked by the egregious conduct that happened within the Capitol”.

“Even if you left DC, agents from our local field offices will be knocking on your door,” said Mr D’Antuono, saying that the FBI has a long memory, broad reach, and all 56 field offices are involved.

The bureau is appealing for those involved in the Capitol riots to hand themselves into law enforcement.

Mr Sherwin added that some prosecutors are looking specifically at acts of violence committed against members of the media last week.

Investigators “are looking at all angles” said Mr D’Antuono when asked whether if there was a plan to take lawmakers hostage.

Mr Sherwin says the pipe bombs found near the headquarters of the Democratic and Republican national committees “were real devices” with timers and explosive igniters and that he did not know why they were not detonated.

It is unknown if the devices were a diversion mechanism or placed with the intention to injure people.

Despite a clear message from Mr Sherwin and Mr D’Antuono of how serious the Justice Department and FBI are taking the investigation, it is unclear why Acting Attorney General Jeff Rosen nor FBI director Christopher Wray were present to address the press.

Their absence risks undermining the message put out by their respective organisations, though actions such as further arrests and charges may dispel that.

0 0 0 0
Previous : Covid US: Dr Fauci says it’s ‘possible’ US has its own super-strain
Next : Covid UK: Vaccinated Britons to be offered ‘vaccine passport’