This is the heartwarming moment a shivering terrier is rescued by a paddle boarder after falling into the River Thames.

Footage captured near the river in Richmond, south west London, shows the dog, named Ruby, helplessly stare at her owner after falling into the water and getting stuck on a piece of wood.

Just moments later, paddle border Kevin De Klerk makes his way over to the canine, who had fallen in while her owner stopped to feed a goose, and lifts the animal from the water. 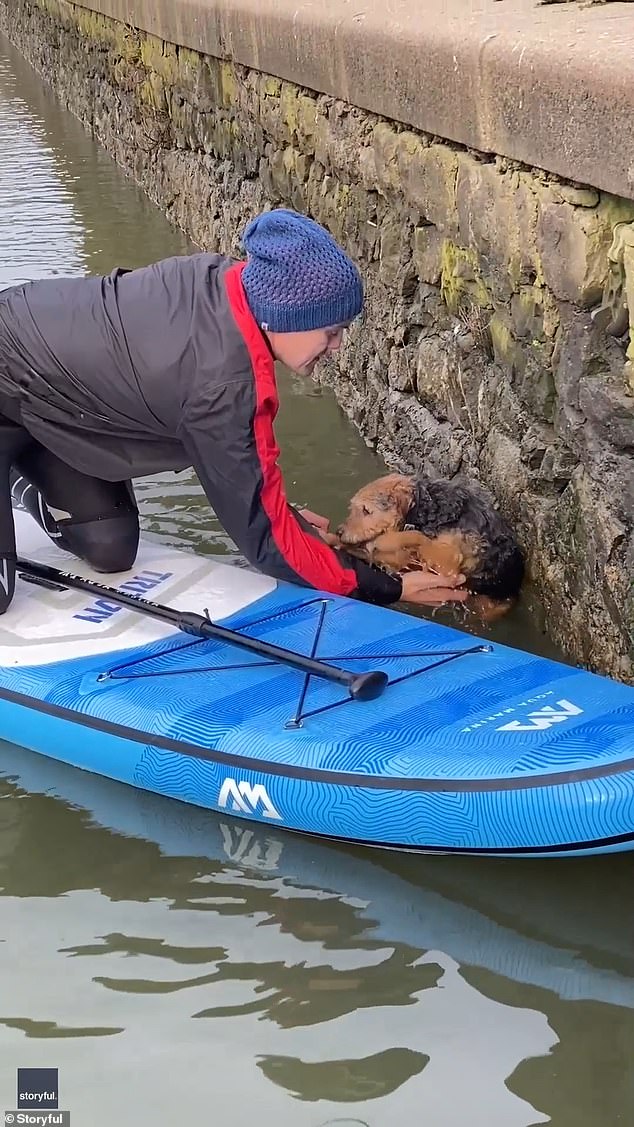 During the clip, which was filmed by Vivi Hanson on January 9, the dog shivers in the cold water as her owner says: ‘You coming?’

Within seconds, the paddle boarder makes his way to the canine as Ruby’s owner shouts: ‘Thank you!’

Ms Hanson, who later uploaded the footage on Instagram, told Storyful: ‘Myself and Ruby’s owner ran to the side closest to the river to call her to swim toward us, but unfortunately she got stuck on a piece of wood.’

She went on to explain that the dog’s owner was about to jump into the river when they saw the paddle boarder make his way over to help Ruby. 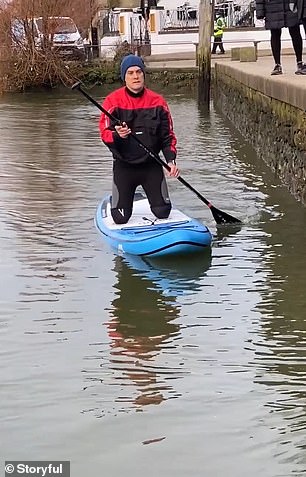 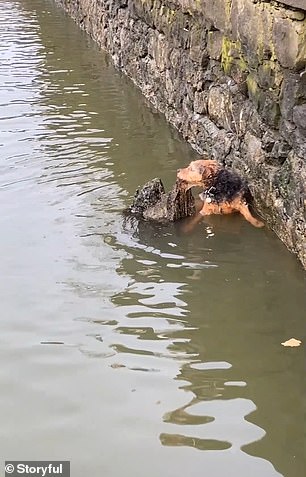 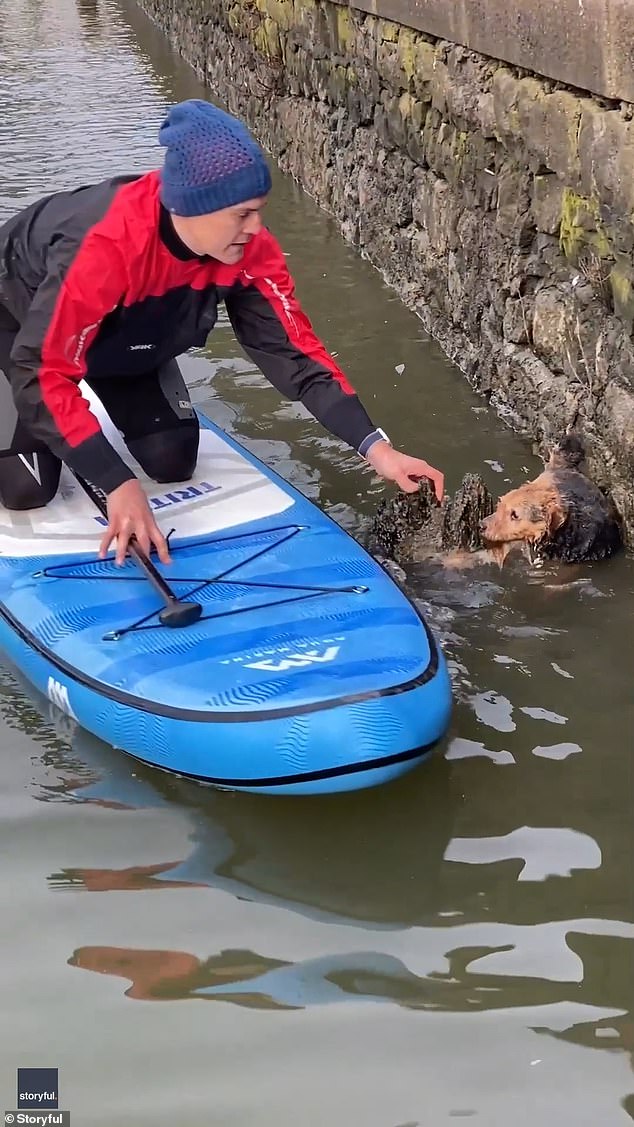 Within seconds, the paddle boarder makes his way to the canine as Ruby’s owner shouts: ‘Thank you!’

Ms Hanson added: ‘Ruby was only in the water for around two minutes. It all happened very fast.

‘So lucky and such good timing that Kevin just happened to be there on his paddle board!’

On Instagram Ms Hanson wrote: ‘On Saturday poor little Ruby accidentally fell into the river! Myself and her owner rushed to the side to help her but she got stuck! 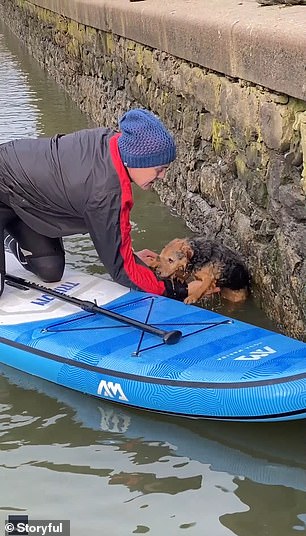 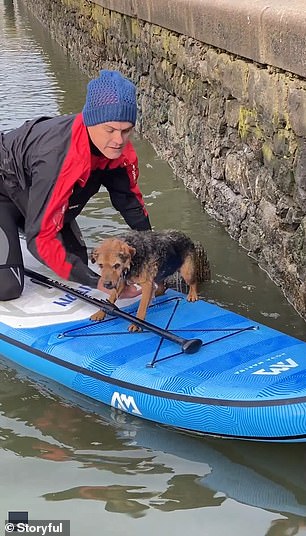 Kevin scoops Ruby up after she was stuck on a piece of wood. The dog shivers as she is lifted out of the cold water 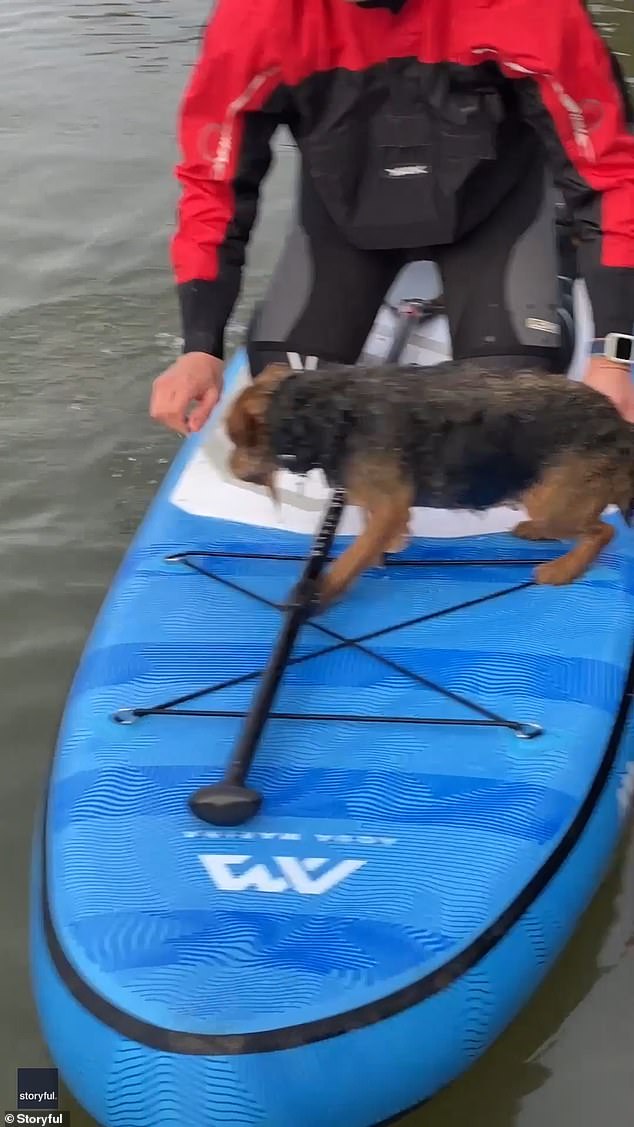 ‘Her owner was about to jump in but by pure luck and good timing @kevindk13 got on his paddle board and came to Ruby’s rescue! She’d only been in the water max two minutes, it was all so fast!’

Ms Hanson said she has been in contact with Ruby’s owner and the dog is now fully recovered from the ordeal.

0 0 0 0
Previous : Our man on the rock: The untold story of the aristocrat who spied on Germans from a Mediterranean outcrop
Next : Mike Pompeo cancels Europe trip after officials decline to meet with him