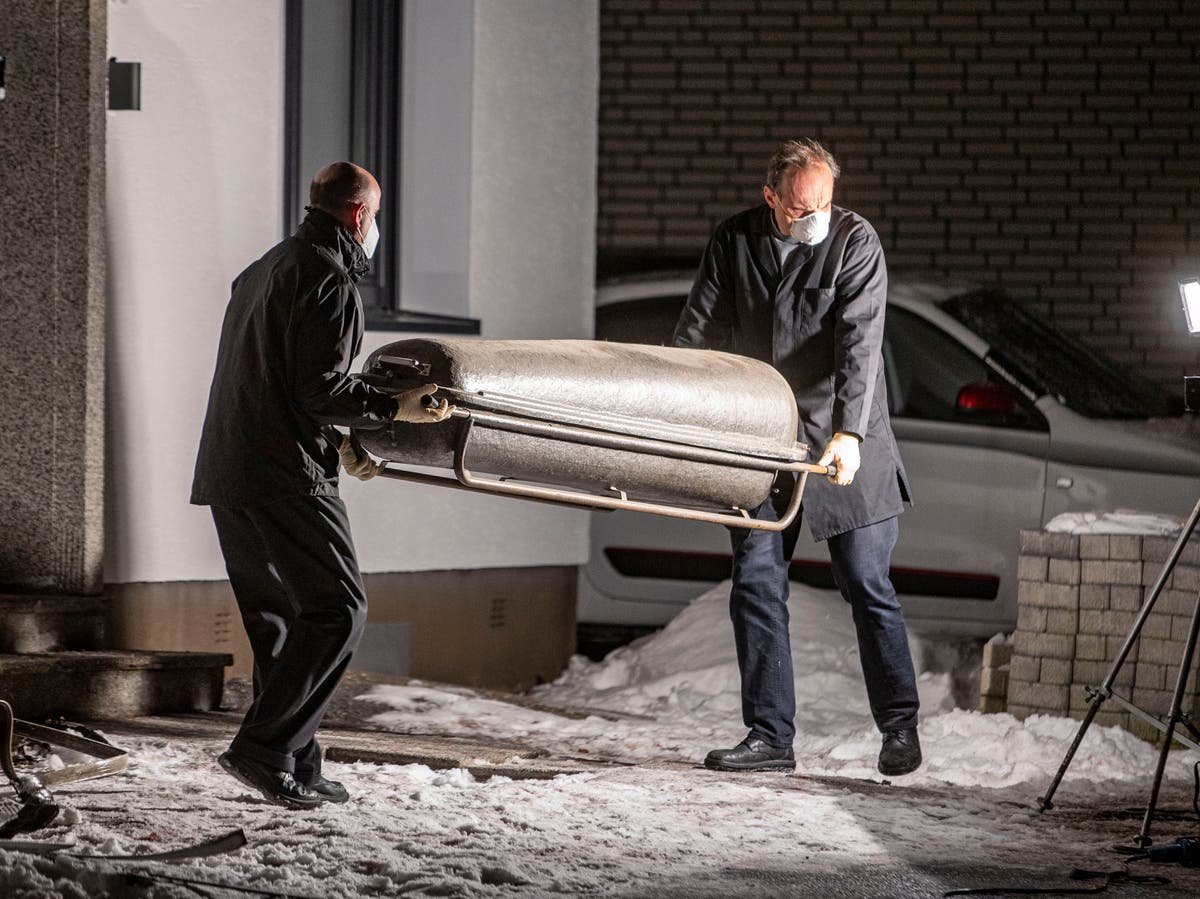 A father stabbed his wife, two young daughters and mother-in-law to death in western Germany before setting the house on fire and killing himself, police say.

The 41-year-old man is believed to have murdered his family in the town of Radevormwald-Herbeck, near the city of Wuppertal, after the failure of his marriage.

Police said there were “no indications of the involvement of other people” in the crime.

Emergency services discovered the five bodies after the fire was reported at a residential building on Elberfelder Strasse at 5pm on Friday.

Forensic examinations and further investigation confirmed they were the suspect, his 37-year-old wife, his daughters aged one and four, and his 77-year-old mother-in-law.

The public prosecutor’s office said the investigation would now be discontinued because the perpetrator was dead, unless new evidence emerged.

“Subject to further evidence, it can be assumed that the father of the family killed his wife, his daughters and his mother-in-law in the residential building on Elberfelder Strasse with a knife shortly before 5pm and set the house on fire and then killed himself the same way,” the police and public prosecutor’s office in Colognesaid in a statement.

“The motive for the act is likely to be seen in the failure of the marital relationship.

“Since the Code of Criminal Procedure does not provide for investigations against deceased perpetrators and there have been no indications that other people were involved in the act, the death investigation will be discontinued, subject to new evidence.

“With a view to this and the personal rights of the deceased that are to be respected after death, further information on the act, the execution of the act and the living conditions of those involved will not be given.”