The British filmmaker was known for the Up series of documentaries which followed the lives of 14 children since 1964, as well as directing Coal Miner’s Daughter and Gorillas In The Mist.

Apted also directed the 1999 James Bond film The World Is Not Enough, which starred Pierce Brosnan.

He said: ‘Our hearts are heavy today as we mourn the passing of esteemed director, longtime DGA leader and my friend Michael Apted.

‘His legacy will be forever woven into the fabric of cinema and our Guild.

‘A fearless visionary as a director and unparalleled Guild leader, Michael saw the trajectory of things when others didn’t, and we were all the beneficiaries of his wisdom and lifelong dedication.’ 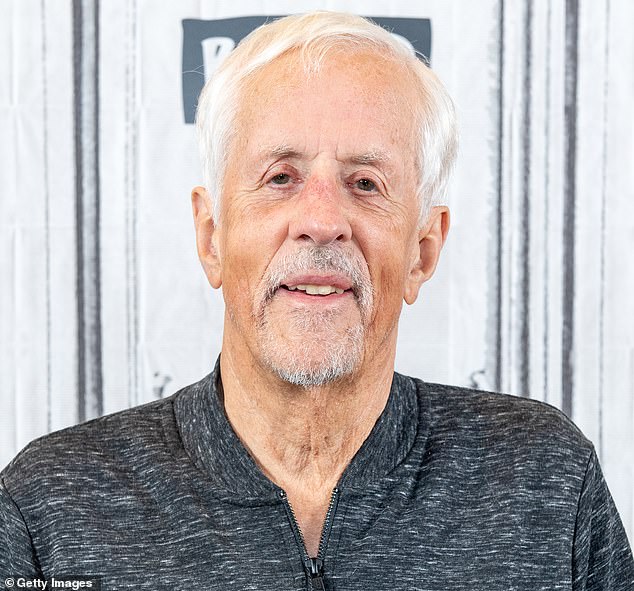 The British filmmaker was known for the Up series of documentaries which followed the lives of 14 children since 1964, as well as directing Coal Miner’s Daughter and Gorillas In The Mist

Apted served as the president of the DGA from 2003 to 2009. The official Twitter page for the Oscars also paid tribute.

The post said: ‘Director Michael Apted will always be remembered for the groundbreaking documentary ‘Up’ series.

‘A past president of the Directors Guild and Academy Governor, he also made many acclaimed feature films, from ‘Coal Miner’s Daughter’ to ‘The World Is Not Enough.’ He will be missed.’

He said: ‘At ITV, we are deeply saddened by the news that Michael Apted has passed away.

‘Michael’s long and distinguished career began and ended with ITV, spanning six decades, which is in itself truly remarkable. What that association produced was truly unique.

‘The Up series demonstrated the possibilities of television at its finest in its ambition and its capacity to hold up a mirror to society and engage with and entertain people while enriching our perspective on the human condition.

‘The influence of Michael’s contribution to film and programme-making continues to be felt and he will be sadly missed.’

Actor and director Paul Feig said he was ‘very very sad to hear of the passing of Michael Apted’.

‘He was always so kind to me and I was such a great admirer of his work,’ he added.

‘We were on the DGA board together for a couple of years and I always looked forward to sitting next to him. RIP Michael.’

Screenwriter John Fusco, who worked with Apted on the film Thunderheart, tweeted: ‘Sad to learn of the passing of brilliant film director Michael Apted.

‘In directing ‘Thunderheart’ he was the only director to ever truly capture one of my screenplays as envisioned. Excelsior, Mate.’

A post on the Twitter account of the band Garbage, who performed the theme for The World Is Not Enough, labelled Apted a ‘delightful, charming soul’.

‘Thank you for sprinkling us with some of your stardust,’ the post added.

The song’s composer David G Arnold, who worked with Apted on three other films including The Chronicles Of Narnia: The Voyage Of The Dawn Treader, tweeted: ‘I was lucky enough to go to the rodeo with Michael on 4 films, including ‘Bond’ and ‘Narnia’.

‘A more trusting, funny, friendly and, most importantly, kind person you’d never meet. So pleased to have known him and so sad that he’s gone.’

0 0 0 0
Previous : Capitol riots: The hunt to identify and arrest Capitol rioters
Next : Traders Can Now Bet on ‘Bitcoin $300K’ as Options Keep Pace With Rising Price