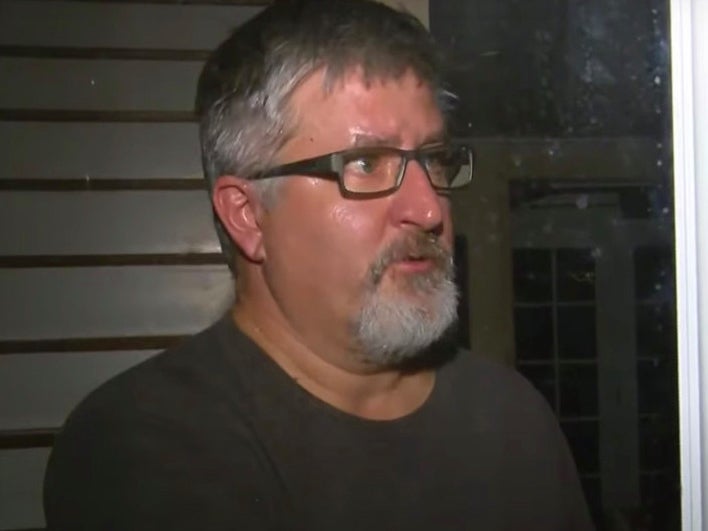 The CEO of a marketing firm in Illinois who was arrested for taking part in the breach of the US Capitol on Wednesday, has apologised and called being involved in the riots the “single worst decision” of his life.

Bradley Rukstales, 52, who is the CEO and president of the data-analytics firm Cogensia, confirmed to CBS Chicago on Thursday evening that he was arrested after he breached the Capitol as part of the pro-Trump mob that rioted there on Wednesday. He was subsequently charged with unlawful entry, according to WBEZ.

The mob breached the Capitol at around 2pm on Wednesday during the confirmation of electoral college votes, temporarily halting the process to confirm president-elect Joe Biden’s victory.

The rioters breached the Capitol after attending a rally led by Donald Trump, who urged supporters to “walk down to the Capitol” and told them: “You have to show strength, and you have to be strong.”

The House was evacuated as numerous politicians and staff members were forced to barricade themselves in offices to hide from the rioters, some of whom were carrying guns and other weapons. Five people died and numerous others were injured in the riots.

In a statement on Thursday, Mr Rukstales, who is from Inverness, Illinois, apologised for breaching the Capitol, and said that he regrets the embarrassment it has caused his friends and family.

Mr Rukstales, who has contributed around $12,000 (£8,850) to committees supporting Mr Trump, said that the incident was the first time he had been arrested, adding that it was the result of “extremely poor judgment”.

“My decision to enter the Capitol was wrong, and I am deeply regretful to have done so,” he said in the statement on Thursday.

“Without qualification and as a peaceful and law-abiding citizen, I condemn the violence and destruction that took place in Washington,” Mr Rukstales added.

The 52-year-old also apologised to his family, colleagues and his “fellow countrymen” for his actions on Wednesday afternoon.

“It was the single worst personal decision of my life,” the CEO continued. “I have no excuse for my actions and wish that I could take them back,” he added.

Mr Rukstales was also interviewed outside of his home on Thursday evening by CBS, where he described his actions during the riots, before abruptly ending the conversation.

“I mean, it was great to see a whole bunch of people together in the morning, and hear the speeches, but, uh, yeah, it turned into chaos,” he said in the interview.

“I had nothing to do with charging anybody or anything or any of that – I was in the wrong place at the wrong time and I regret my part in that. And that’s all I’m comfortable saying,” he added before finishing the conversation and closing the front door of his home.

In a statement on Twitter on Thursday, Cogensia confirmed that Mr Rukstales had been placed on leave while his actions are investigated.

“Our CEO, Brad Rukstales’ participated in the recent Washington DC protests. Those actions were his own and not acting on behalf Cogensia nor do his actions in any way reflect the policies or values of our firm,” the company tweeted on Thursday.

Cogensia added: “He has been placed on leave of absence while we assess further.”

0 0 0 0
Previous : ‘She was bananas over Trump’: Who were the Maga faithful killed in the Capitol
Next : ‘Soho Karen’ pressed for apology by Gayle King shortly before being arrested for iPhone attack